Date:2022-04-08  From:ICC
Summary: Product innovation from the material to the system level, accelerating international supply, actively laying out zero-carbon transformation production, supply chain stability and cost reduction. In the new round of global track competition, the core competitiveness of Farasis has gradually emerged.

A fact that cannot be ignored is that in the new round of global power battery market competition, a large number of Chinese companies have shown great "potential energy" in multiple dimensions such as technological innovation, global deployment, and zero-carbon transformation.
At the level of technological innovation, whether it is material system innovation, structural innovation, or process and equipment innovation, Chinese battery companies have not only demonstrated powerful original technology, but also closely followed the market demand and pain points, so as to quickly seize the "highland" of a new round of battery technology innovation.
At the level of internationalization, after winning orders from international customers, the overseas expansion of Chinese power battery companies has entered a substantive stage. Following the CATL, a new batch of power batteries represented by Farasis have shown their international leading strength, whether it is customer support or overseas production capacity landing has been put on the agenda.
At the same time, under the background of carbon neutrality, Chinese power battery companies have also taken the lead in actively instigating the zero-carbon transformation of power battery production.
At the recent China Electric Vehicle 100 People Conference, Zhang Feng, senior vice president and secretary of the board of directors of Farasis, revealed a number of key information in the interview:
◆ Focus on the research and development of the next generation of NCM & NCA pouch nickel-rich semi-solid-state batteries, energy density of 400Wh/Kg;
◆ 800VTC overcharging high-voltage platform is expected to be landed in the second half of this year;
◆ Extend the long cycle life of lithium iron phosphate prismatic products, layout energy storage market;
◆ In 2022, the installed capacity of power batteries of Farasis is expected to reach 13-15GWh;
◆ Released the "Guidelines for The Carbon Footprint Evaluation of Lithium-ion Batteries" to build an international supply chain
◆ Promote the "double carbon" goal of green energy as being of great significance;
◆ Ensure the stable supply of the supply chain through strategic cooperation, equity participation, joint venture factory construction, etc., and improve the yield of the process;
◆ Introduce a diversified supply system to reduce costs
The analysis believes that product innovation from the material to the system level, accelerating international supply, actively laying out zero-carbon transformation production, and maintaining stable and reducing costs in the supply chain have gradually revealed the core competitiveness of the market in the new round of global track competition.
Technological innovation map outline
Only through original underlying technological innovation can it be possible for Chinese power battery companies to be invincible in global competition. Around the product technology innovation, Farasis has made a positive and forward-looking layout.
Zhang Feng said that the focus of the products currently developed by Farasis lies in the field of next-generation NCM & NCA pouch nickel-rich batteries, that is, semi-solid-state batteries, and 800VTC overcharge and overvoltage technology platforms.
In terms of semi-solid-state batteries, Farasis's 330Wh/Kg energy density and 2.2C fast-charging semi-solid-state batteries have won the "Excellent Team Award" of the USCAR in 2021. This is a very important step for the company for semi-solid-state, solid-state batteries.
In the next step, the company will move towards 400Wh/Kg semi-solid-state batteries and all-solid-state batteries on the basis of 330Wh/kg semi-solid-state batteries.
In terms of fast charging technology, Farasis solves the core constraints of anode materials, and the existing 800VTC overcharge and overvoltage platform technology can make the charging rate reach 2.7C, and the whole package charging equivalent is 2.2C.
800VTC overcharge means that SOC 10%-80% charging takes only 15 minutes, which is much higher than the current charging speed, which is at the leading level in the industry, and Farasis's next-generation fast charging technology products can shorten this process to 7 minutes.
The first pure electric SUV recently released by the British supercar brand Lotus, the Eletre, which is equipped with 800V high-voltage charging technology is very likely to come from Farasis. 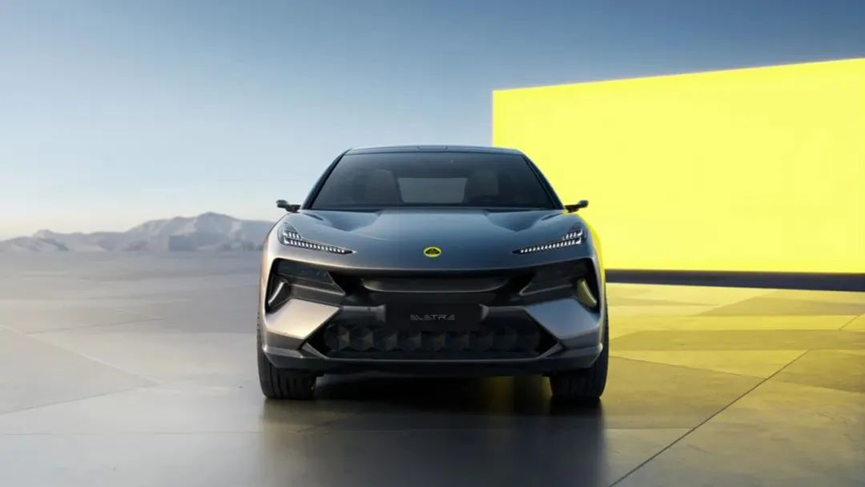 As the "world's top three sports car manufacturers" with Porsche and Ferrari, Lotus began a comprehensive transformation to electrification and intelligence marked by the release of Eletre.
In terms of performance configuration, Eletre has gathered the latest high-tech configurations. It is equipped with a 120kWh battery pack and is equipped with an 800V high voltage charging system with a maximum charging power of up to 350kW. The cruising range of the new car is 600 kilometers under the working conditions of WLTP, which can achieve 120 kilometers of charging for 5 minutes and 400 kilometers for 20 minutes of charging.
The capability of providing technical support for the world's first luxury electric vehicle model of supercar brands reflects that Farasis's 800VTC supercharge and overpressure technology has achieved global leadership, with the accelerated launch of 800V architecture platform models of domestic and foreign car companies, Farasis's competitive advantage in this field will be further highlighted.
At the same time, aiming at the new track of the trillion-level energy storage market, Farasis has also begun to intervene in the lithium iron phosphate prismatic battery system and seek a breakthrough in the direction of longer cycle life technology.
According to the plan, Farasis will take the NCM & NCA pouch as the main technical route, and focus on the layout of lithium iron phosphate in smart cities, integrated energy in the park, energy storage power stations, user energy storage and other energy storage business areas, of which Anhui Wuhu Base will take the lead in mass production of lithium iron phosphate.
It is foreseeable that strengthening the emphasis on technology research and development and investment, and the outline of innovative products with market demand as the core, will pave the way for the extension of the Farasis market.
Internationalization
In the process of accelerating the internationalization of Chinese enterprises, Farasis is a typical representative company. It is not only one of the first batch of Chinese battery companies to win orders from international car companies, but also one of the earliest Chinese battery companies to obtain strategic investment from international car companies.
In November 2018, Farasis announced that it has signed a power battery supply contract with Daimler for 2021-2027. In July 2020, Mercedes-Benz officially took a stake in Farasis, holding 3% of its shares.
Zhang Feng said that Farasis and Daimler have been working closely together, from the EVA2 product SOP off the line in April last year to the MFA product off the line in September, the two parties are cooperating to complete the Zhenjiang factory capacity climbing and operation at the same time, but also jointly develop the next generation of batteries that are more in line with market demand.
It is worth mentioning that the realization of overseas localization supply is also an important part of the international attack of Chinese power battery companies. At present, the speed of overseas factories of Farasis is also accelerating.
In November 2021, Farasis signed a joint venture and supply agreement with TOGG, a Turkish electric vehicle company, which mainly develops power batteries for all of TOGG's products.
According to the plan, the design scale of the Turkish joint venture company is 20GWh, first do modules and pack, export batteries from China, and after the Turkish market starts, it will localize the production of batteries.
The realization of stable and large-scale supply to Daimler and TOGG will also mark the international supply of Farasis into a new journey.
Seize the zero-carbon "initiative"
Under the goal of carbon neutrality, China's power battery industry, which accounts for most of the global market, urgently needs to accelerate the deployment of zero-carbon "initiative". Around this, Farasis has also taken a step ahead.
Zhang Feng said that Farasis has established a strategic cooperation and dialogue mechanism with Daimler very early, which is in line with its adherence to the mission of green energy, and the company has long laid out the layout of sustainable development.
Through the full use of renewable energy to increase the proportion of green electricity, etc., Farasis has obtained a carbon neutral production certificate issued by a third-party DEKRA in June 2021.
At the same time, the "Guidelines for the Evaluation of the Carbon Footprint of Lithium-ion Batteries" led by Farasis was also released in March this year, which is also the first evaluation standard in the field of carbon footprint of lithium-ion battery products in China, which will be of great significance for the construction of an international supply chain and the promotion of the "double carbon" goal of green energy.
The industry unanimously believes that in the next decade, whether it can grasp the initiative in the zero-carbon transformation of the power battery industry chain will determine whether China can continue to maintain global competitiveness.
Zhang Feng said that the future construction of Farasis's battery plant will be based on this as a benchmark to achieve the goal of zero-carbon production. Facing the new industrial cycle, Farasis has set a good rhythm, made full deployment, and has the confidence to take the initiative in the new round of competition.
Keywords: Lithium Battery PowerBattery LIB ElectricVehicle Automobile Car EV BEV PHEV NEV
Share Share on Facebook Tweet Tweet on Twitter Pin it Pin on Pinterest
Back to Industry News