Date:2022-04-24  Author:ICCSINO
The designs of the four new models have already been signed off.
Fiat is preparing for possibly the biggest overhaul in its model range in the last two decades. The Italian manufacturer has big plans for the European market but it won’t leave aside the markets in South America and other regions in the world. As many as four brand new Fiat vehicles will be launched on the Old continent starting with a new supermini coming next year.
While Fiat is currently selling just the 500X in the United States, despite minimal zombie sales of older models, the brand has plans to expand its European lineup with four new models joining the already successful 500. As opposed to the very reduced investments in future products during the FCA era, Fiat will be receiving significantly higher investments under Stellantis’ arm during the next few years. The designs of the four new models have already been signed off.
The first to arrive will be a Ford Fiesta, Volkswagen Polo, and Opel Corsa rival, expected to be available with combustion, hybrid, and electric powertrains. It will be “Punto size but not called Punto”, Fiat boss Olivier François told Autocar. The Italian company discontinued the Punto in 2018 but its indirect successor will bet big on electrification. It will lead Fiat’s transition towards a lineup of zero-emissions models in 2027.
“Fiat should be the people’s Tesla: electric for all,” François continued. “Clearly, we need the cost of electrification to go down. By 2027, we will be ready, but possibly before. It will depend on cost. I want us to be the first mass-market brand to be electric-only.”
The other three new models will be crossovers and one of them will be called Panda. It won’t just adopt the legendary name but will reportedly succeed the original model in its minimalist approach and spirit. The 500, meanwhile, will continue to be offered around Europe, where it is enjoying strong demand with the fully redesigned 500e.
“You will see smaller cars and bigger crossovers and you will recognize the Panda DNA. One will be called Panda. The Panda wasn’t iconic because of its shape but because of the philosophy and spirit, and that’s what we’re trying to capture with a little reminiscent design, too. The Panda has to be a little rugged, simple, robust,” François explained. 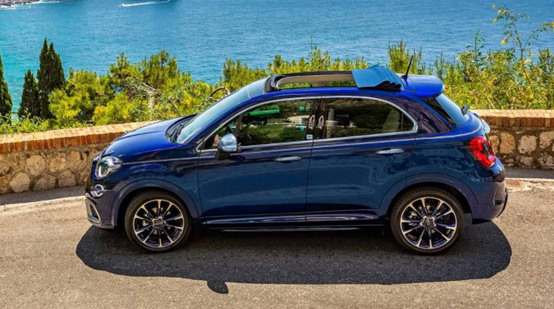